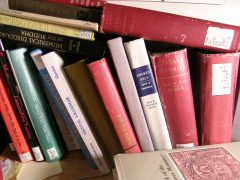 In your history courses, including Canadian History Since World War I, you have learned about how Europe recovered after the destruction of the Great War. You have also understood the importance of Europe in Canada’s growth as a nation in terms of how events across the Atlantic shaped Canadian policies and identity. Finally, Canada’s contribution to peace and security since 1914, both in the First and Second World Wars, has also been a reflection of its close relationship with Europe.

The study of European history familiarizes us to cultural, economic, political and social developments that played a fundamental role in shaping the world in which we live today. Learning about the region’s rich and diverse history enables us to understand the development of contemporary institutions, the role of continuity and change in present-day society and politics, and the evolution of culture and intellectual discourse. Learning about European history not only explains the past but it also makes sense of the world today and can even give us a glimpse into the future!

This section examines the recovery and growth of Europe after the Second World War. It follows the development of closer ties between the European powers, beginning with the European Coal and Steel Community (ECSC) in 1952. How could states which fought one another in numerous wars suddenly cooperate? What did these countries see as the advantages of integration? Were there any reservations about integration in Europe? Where is Europe in terms of the integration project today? What has European integration meant for Canada? These and other questions will be answered in the pages which follow.