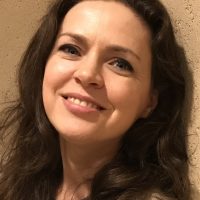 After completing my BA and MA at York University, I relocated from Canada to study languages in East Asia. Following several years in Japan and South Korea, I began my PhD in Social Anthropology at the School of Oriental and African Studies at the University of London. My PhD involved long-term field work with North Korean refugee communities in Japan and South Korea gathering oral histories on the subjective experience of surviving the 1990s famine. My doctoral research was nominated for several awards and reviewed favorably in academic and main-stream outlets when published, Marching through Suffering: Loss and Survival in North Korea (Columbia University Press, 2015).

Prior to carrying out my PhD fieldwork, I received training on oral testimonies and survivor narrative elicitation at Yad Vashem, in Jerusalem in 2003. Completing my PhD in 2009, I held postdoctoral fellowships at the Centre for Studies on China, Korea and Japan at EHESS in Paris and the Korean Studies Institute at USC in Los Angeles before joining the Faculty of Liberal Arts and the Graduate Program in Global Studies at Sophia University in Tokyo Japan. My second book Dying for Rights: Putting North Korea’s Rights Abuses on the Record (Columbia University Press, 2019) accounts for abuses committed by the North Korean state, domestically and internationally. I use forensic visual, audio, and linguistic analysis to trace culpability for rights violations in state media.

I have peer-reviewed articles and policy pieces in outlets such as Asia Policy, the Harvard Journal of Health and Human Rights, the Georgetown Journal of Asian Affairs, Anthropology Today and Food, Culture and Society.

Currently, I am writing a book about how state governments cover up rights abuses through video technology. The book complements global research on discriminative algorithms, computational propaganda, surveillance and privacy, and networked prejudice. The working title is States, Lies, and Video: A Century of States Using Video to Deny Human Rights Abuses.