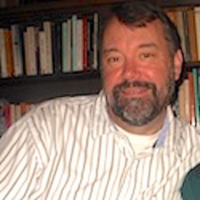 I joined the faculty of Carleton University in 2007, after holding positions in the Departments of Linguistics and Languages & Literature at the University of Utah since 1995. Carleton’s School of Linguistics and Language Studies is the perfect place for me, as I have interests paralleling much of the diverse work that goes on here. My research focuses primarily on phonological theory and on the interface between phonetics and phonology, particularly as evidenced in phonological change (historical sound change). My language of focus has been French, ranging from the very earliest pre-French (Gallo-Romance) periods all the way to current varieties of the language spoken in North America, and I have recently developed an interest in the phonology of Haitian Creole. I have a number of years’ experience as a foreign language teacher (French at the University of Texas and the University of Washington, and English at the Université de Nice), and during my long tenure at the University of Utah I taught both theoretical and applied linguistics, and was involved with language teacher education for both foreign language teachers (Arabic, French, German, Italian, Japanese, Spanish) and teachers of English as a Second Language.

Current course information for this faculty member can be found by searching the Carleton Central/Public Schedule by Term and Name.

Gess, Randall. 2009. Teaching presentational cleft constructions in French: When to do it and how to do it. Southern Journal of Linguistics 33: 1-23.

Gess, Randall. 2004. Phonetics, phonology and phonological change in Optimality Theory: Another look at the reduction of three-consonant sequences in Late Latin. Probus 16: 21-41.