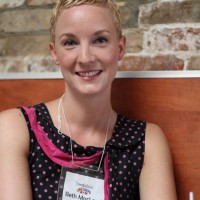 I am an Assistant Professor in the School of Linguistics and Language Studies at Carleton University.  My research broadly encompasses the production and perception of phonetic variation in speech and falls into 3 main areas:

I have supervised student research on topics such as (but not limited to) the following:

I am particularly interested in supervising student research on topics such as the following:

MacLeod, B. & Di Lonardo Burr, S.M. (2022). Phonetic imitation of the acoustic realization of stress in Spanish: Production and perception. Journal of Phonetics, 92, 101139.

MacLeod, B. (2015). A critical evaluation of two approaches to defining perceptual salience. Ampersand, 2, 83-92

“The variability and reliability of listener performance in an AXB assessment of phonetic imitation”, MOT Phonetics and Phonology Conference 2022 (MOT 2022), University of Ottawa, ON, Mar 26-27, 2022