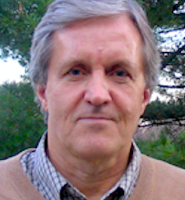 After completing a Ph.D. in Education at McGill University’s Centre for the Study and Teaching of Writing, I taught in the U.S. for seven years, five at Purdue University and two at University of Wisconsin-Milwaukee, before coming to Carleton in 2004. My research and teaching focus on the study of writing in academic and workplace settings as well as on environmental discourse. In my most recent research, I am looking at how arguments are socially constructed within the various discourses comprising the current debate over the reality and implications of global climate change.

Prior to starting a professional academic career, I worked for a number of years as an in-house writing consultant and trainer at the Bank of Canada, the country’s central bank. As an insider, I was able to use the Bank of Canada as a research site for an ethnographic study of the role of technology-mediated discourse in the organization’s knowledge-building, policy-making, and public communication. This work was eventually published in the book, Writing the economy: Activity, genre, and technology in the world of banking .

During the 2007-2008 academic year, I was the School’s acting Graduate Supervisor.

Current course information for this faculty member can be found by searching the Carleton Central/Public Schedule by Term and Name.

Writing the Economy: Activity, Genre and Technology in the World of Banking. London: Equinox Publishing. 2006.

Technostyle 18. The Expertise of Professional Writers and Its Development. (co-edited with Céline Beaudet). 2002.

The ethnography of communication as a research perspective (substantially revised version of 2012 publication of same title). In Carol Chapelle (Ed.), The Concise Encyclopedia of Applied Linguistics. Hoboken, NJ: Wiley-Blackwell (2020). 449-455.

The representation of science and technology in genres of Vatican discourse: Pope Francis’s encyclical Laudato Si’ as a case study. In Science Communication on the Internet. (Eds.), María-José Luzón & Carmen Pérez-Llantada. (2019). 195-217. (co-authored with Matt Falconer).

The death of scientific evidence in Canadian policy-making: Controversy and collective resistance to perceived government ‘anti-science’. Journal of Applied Linguistics and Professional Practice 13. (2018). 302-320.

“Someone just like me”: Narrative, figured world, and uptake in therapeutic books for youths with mental health disorders. Written Communication 34. (2017). 1-25 (co-authored with Richard Thompson).

Research on knowledge-making in professional discourses: The use of theoretical resources. In Vijay Bhatia & Stephen Bremner (Eds.), The Routledge Handbook of Language and Professional Communication. London and New York: Routledge. (co-authored with Stephani Currie and Matt Falconer). (2014). 85-98.

The ethnography of communication as a research perspective. In Carol Chapelle (Ed.), The Encyclopedia of Applied Linguistics. Hoboken, NJ: John Wiley and Sons. (2012). 2045-2050.

Storytelling in a central bank: The role of narrative in the creation and use of specialized economic knowledge. Journal of Business and Technical Communication 13 (1999). 249-273.

Navigating the currents of economic policy: Written genres and the distribution of cognitive work at a financial institution. Mind, Culture, and Activity: An International Journal 4 (1998). 238-255. (co-authored with Aviva Freedman).

Observing genres in action: Towards a research methodology. In Aviva Freedman & Peter Medway (Eds.), Genre in the New Rhetoric. London: Taylor and Francis (1994). 146-154.

Exploring the social dimension of a workplace genre, and the implications for teaching. Carleton Papers in Applied Language Studies 9 (1992). 33-46.

Writing to discover and structure meaning in the world of business. Carleton Papers in

2013  Nominated as an ‘Outstanding Graduate Student Mentor’ at Carleton University.

2013  Closing plenary speaker. Invited to give the closing plenary talk at the conference, “Critical Transitions: Writing and the Question of Transfer.” Elon University, North Carolina. June 2013.

2010  Opening keynote speaker. Invited to give the opening keynote talk at the annual conference of the Canadian Association of for the Study of Discourse and Writing. “Opening up the ‘Opaque Box’ of Climate-Change Argumentation: Overcoming Discursive Barriers to Understanding and Constructive Dialogue.”  Concordia University, May 2010.

2007  Nomination for a Capital Educator’s Award.

2000  Article nominated for the 2000 NCTE Award for Best Article Reporting Qualitative or Quantitative Research in Technical or Scientific Communication: “Storytelling in a Central Bank: The Role of Narrative in the Creation and Use of Specialized Economic Knowledge.” Journal of Business and Technical Communication 13 (1999). 249-273. The article was Included in the Bedford Bibliography for Teachers of Writing (fifth edition).

1999  Second place, 1999 NCTE Award for Best Dissertation in Technical Communication (inaugural competition, covered 1996-1998). An Ethnographic Study of Knowledge-Making in a Central Bank: The Interplay of Writing and Economic Modeling.

1998  First place, 1998 ADEREQ (Association of Deans of Education for Research in Education in Quebec) Outstanding Dissertation Award. For the best dissertation from a school of education in Quebec. An Ethnographic Study of Knowledge-Making in a Central Bank: The Interplay of Writing and Economic Modeling.

1993  Chapter in the collection awarded the 1993 NCTE Award for Best Collection of Essays on Technical and Scientific Communication. Rachel Spilka (Ed.) Writing in the Workplace: New Research Perspectives. Carbondale: Southern Illinois University Press, 1993. (The collection included the chapter, “Genre as Community Invention: A Central Bank’s Response to its Executives’ Expectations as Readers.”).

Stephani Currie. “How to Save the World: The Ideologies of Four ENGOs and their Discursive Constructions of Climate Change. Defended (with distinction) January 2013. SLaLS, Carleton.