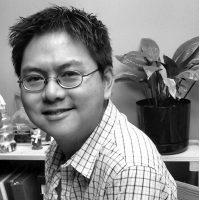 The same year that Adrian Chan earned his PhD in electrical engineering from the University of New Brunswick (2003), he joined Carleton University as an assistant professor with the Department of Systems and Computer Engineering. His research interests include biological signal processing, pattern recognition, non-invasive sensors and electronic noses.

Adrian has also been recognized with a number of honours including the Governor General’s Gold Academic Medal in 2003, Ottawa Life Sciences Council Dr. Michael Smith Promising Science Award in 2004, and Carleton University’s Spirit Recognition Award in 2006.

In addition to those awards, Adrian has also received the UNB Young Alumni Award in 2006, the Capital Educators’ Award in 2008, the 3M National Teaching Fellowship in 2012 and a Carleton University Provost’s Fellowship in Teaching Award in 2013. He has also been recognized by MacLean’s 25 Best and Brightest in 2004 and Ottawa Life Magazine 50 Top People in the Capital in 2005.