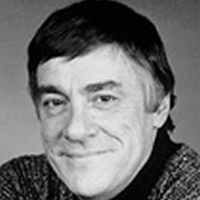 Donald is a Professor Emeritus at Carleton University. Born in London, England in 1935, he emigrated to Canada in 1959. It was here that he worked on the design of Toronto City Hall and for Hart Massey in Ottawa.

Since 1971, Donald taught in the School of Architecture at Carleton, sharing his passions of architecture and design with his students. He has also taught courses in industrial design and civil engineering, as well as in a children’s classic literature course.

He has won two Carleton University Teaching Achievement Awards, and in 1997 became the first professor of architecture in Canada to win a 3M National Teaching Fellowship.

He is committed to bridging the gap between academia and the general public with his publicly televised lectures, which led to writing and hosting the TVOntario series “The Science of Architecture” in 1988, and “A Sense of Design” in 1991. These have been distributed in over 30 countries and have earned him five ACTRA Awards.

Outside of the university, Donald has worked on social and private housing, seniors’ facilities and prefabricated building systems and has played an active role on internationally renowned organizations.