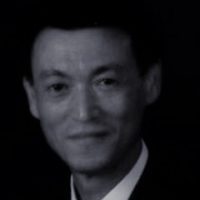 Weixuan Li was born in 1939 and without going to a university, he was self-taught mathematics and later conducted research in the area of combinatorics and optimization. Recognized for his work on an optimization problem, he started to teach at the Changsha University of Railway Technologies. He won a number of teaching and research awards in China at the university, provincial and national levels.

He was the first winner of the Part-time Professor of the Year Award at the University of Ottawa in 1996. His teaching was further recognized by winning the Teaching Excellence Award by the Ontario Confederation of University Faculty Associations in 2002, and the Teaching Excellence Award at Carleton University in 2003. His several teaching awards, foundational skill set and determined work ethic are all a testament to the merit of Weixuan’s pedagogy.