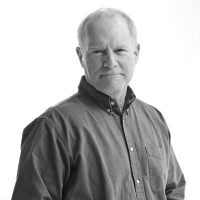 Rob Riordan is an instructor of information systems in the Sprott School of Business at Carleton University. He holds an honours bachelor of arts degree in sociology and a master’s degree in social demography from Western University.

In addition to his award-winning teaching, Rob also trains, mentors and coaches Sprott’s Business Case Competition teams, a new initiative at Sprott. In just three years since its inception, Sprott teams took second and third place at two prestigious international competitions in 2017, one in Montreal and the other in the Netherlands.