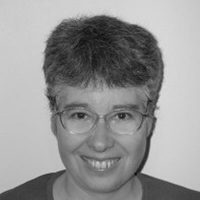 Adelle Forth has been teaching at Carleton University since 1991. Before that, she was completing her PhD at the University of British Columbia studying criminal psychopaths.

As an associate professor of forensic psychology and a member of the Institute of Criminology and Criminal Justice at Carleton, Adelle has become a bastion of pedagogy within the Carleton community.

Since coming to Carleton, her main responsibilities have included undergraduate and graduate courses and research supervision. She has been actively involved as a consultant to public organizations in North America and Europe. One of her legacies at Carleton was the reformative second-year course she developed in 1998, Introduction to Forensic Psychology. Now it is one of the department’s most popular courses.

In 2008, Adelle won the Capital Educators’ Award, given to those who emanate excellence in teaching and who are positive role models for their students.