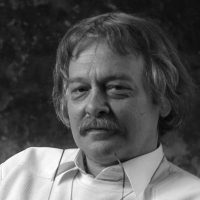 Nicolas Papadopoulos is known as an institution of knowledge and experience throughout the Carleton community. He has been teaching marketing and international business at the university for 40 years and he has over 330 publications from research in 91 different countries. This is just part of the reason he is the recipient of many lifetime service awards and has been acknowledged for his extensive resume.

While his academic accolades are admirable, it is his ability to communicate complex ideas from the realm of business to his students, which he does seemingly effortlessly, that is most impressive. Nicolas won the Ottawa-wide Capital Educators’ Award in 2007, and in 2013, he won the Graduate Mentorship Award through nominations by former students.

He says the basics of his teaching approach have not changed in years; his recipe for success is a high level of interaction with students aiming to help them become the best they can be.