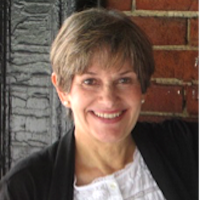 IMPORTANT: Due to a heavy supervisory load, Dr. Fox is not currently accepting new students for supervision.

Janna Fox, PhD, is Director of the Language Assessment and Testing Research Unit and Professor within the School of Linguistics and Language Studies, Carleton University, Canada, where she teaches courses on research methods, language testing, and curriculum. Her research addresses questions arising from the interplay of language teaching, assessment, curriculum, and policy. Her recent books include a co-edited volume with Vahid Aryadoust, Trends in Language Assessment Research and Practice: the view from the Middle East and the Pacific Rim, published by Cambridge Scholars Press, and a co-authored book (with Liying Cheng) on assessment for language teachers with Liying Cheng, which is part of the Palgrave Macmillan series Applied Linguistics for the Language Classroom. She was a founding member of the Canadian Association of Language Assessment/Association canadienne pour l’évaluation des langues (CALA/ACEL). She is the principal developer of a number of high-stakes language tests including the Canadian Academic English Language (CAEL) Assessment, and was awarded the 3M Teaching Fellowship for leadership and scholarship in higher education. She serves on the Board of Paragon Testing Inc., Vancouver, Canada. Fox, J. (2015, November). Ecology reconsidered from a diagnostic perspective: Outside in and inside out. The ecology of testing situations Conference of the Laboratory of International Assessment Studies, University of East Anglia, Norwich, UK.

Fox, J. & Artemeva, N. (2013, June). Not a trivial pursuit: Mixed method research of mathematical pedagogical practice. Paper presented at the annual conference of the Canadian Association for the Study of Discourse and Writing (CASDW). University of Victoria, Victoria, BC.

Artemeva, N. & Fox, J. (2011, May). The writing’s on the board: An international study of chalk talk genre in teaching undergraduate mathematics [Invited paper]. Seminar Series of Key Researchers in TESOL: The TESOL Research Network, the University of Sydney, NSW, Australia.

Artemeva, N & Fox, J. (2010, May). It’s all about you: Instructor approachability and personal pronouns in the university mathematics classroom. Canadian Association of Applied Linguistics, Montreal, QC.

Fox, J. (2010, February). Three key issues in language testing: The case of ELLs, the OSSLT, and success at university teachers of English as a Second Language [Invited Keynote Address]. Ottawa-Carleton Board of Education, Ottawa, ON.

Artemeva, N., Fox, J. & A. Paré (2009, May). In search of Territoire/Place for genres in disciplinary teaching: The case of Mathematics. Annual conference of the Canadian Association for the Study of Discourse and Writing, Carleton University, Ottawa, ON, Canada.

Nwara Abdulhamid, What is the impact of the Libyan Study Abroad Scholarship Programme on returning university-level English teachers? (2010, with distinction) Senate Medal Nomination.

Jane Birkenhead, Vocabulary Proficiency as a Marker of Academic Success: A Small-Scale Investigation of Undergraduate Writing within a Discipline (2011)

Max Weinstein, A Study of University Student Writing Development: Investigating the Importance of Lexical Bundles in Novice and Upper-Level Writing in a Single Discipline (2011)

Melissa McLeod, Looking for an ounce of prevention: The potential for diagnostic assessment in academic acculturation (2012). University Medal

Zinat Goodarzi, From outside in: A case study of changing roles in an undergraduate first year discourse community (2012).

Stephanie Mauk, Making It Theirs: The Case of Portfolio Use by Teachers in a Tutorial Setting (2015).

Maya Sampson, What Applied Linguists Do: An Investigation of Research Practices in the Field (2012).

Marisa Frederickson, The Impact of Digital Texts on the Development of Literacy in Children (2014).