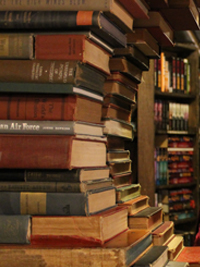 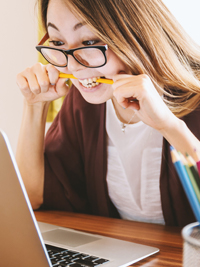 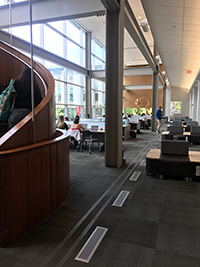 Thank you for visiting the Field Supervisors’ Resource Hub at the School of Social Work, Carleton University, and welcome to the Videos page. Here you will find a selection of educational videos on topics such as best practices in field education, having difficult conversations, and assisting students with reflective practice.

These materials do not belong to Carleton University’s School of Social Work, and we thank each author and creator for making these materials publicly available.

Description:
This article and its videos cover simple tools that practice educators can use to support their students’ understanding and use of theory.

Ted Talks: How to Train Employees to Have Difficult Conversations

Description:
Tamekia MizLadi Smith “shares a workplace training program called ‘I’m G.R.A.C.E.D.’ that will inspire bosses and employees alike to communicate with compassion and respect. Bottom line: always let people know why their work matters”. She elaborates on an example of asking clients or customers for personal data, and the importance of teaching employees how to respectfully ask for this information in a way that empowers both the employee and customer/client.

This video is a presentation by Marion Bogo on best practices in social work field education.

Description:
“Joel Givens focuses on models of supervision, specifically aspects about the models that are useful during supervision at the site with students. Joel explores 3 different categories of supervision.”

The categories of supervision are:

The following resources were originally from the Carleton 2019 course, “Re Conciliation, Decolonization and Indigenization,” which is now the Decolonization and Reconciliation course 2020. We would like to thank the original contributors, who designed and developed this course in 2019, Dr. Patricia McGuire and Dr. Beth Martin. MSW students, Andrea Blanchette and Kate Carroll re-designed the curriculum in 2020. We hope that these resources will support individuals, groups, and organizations to create meaningful change, including to decolonize and reconcile their social work practice with Indigenous peoples in Canada. Please note, that most of these materials do not belong to Carleton University’s School of Social Work, and we extend our thanks to each author and creator for making these materials publicly available.

Description: A debate with a number of experts regarding whether it is in the best interests of the government of Canada to continue to oppress Indigenous populations.

Description: “Since 1876, the Indian Act has structured the relationship between Canada and Indigenous Peoples with profound repercussions. And though the act is well known, its detailed contents may not be. The Agenda welcomes Bob Joseph, founder of Indigenous Corporate Training, a firm specializing in cultural relations instruction, to discuss his book, “21 Things You May Not Know About the Indian Act: Helping Canadians Make Reconciliation with Indigenous Peoples a Reality.””

Description: This brief video provides an overview of the 60s scoop. “The Sixties Scoop happened in Canada from the 1960s to the late ’80s and saw 1000’s of Indigenous children taken from their parents to be placed with white families.”

The Sixties Scoop Explained / The Birth Of a Family

Description: “Siblings Betty Ann, Esther, Rosalie and Ben, now in their 50s, are getting to know each other as a family for the first time, and try to reconnect with their lost Dene heritage. And while Birth of a Family is a joyful reunion, it is also punctuated by a sense of sadness for the years that were lost.”